Well, I’m in Yangon, Myanmar and Taylor… is not. She is currently in Bangkok due to a wee bit of issues with VietJet (and her ticket for the wrong day) sooo Tay didn’t make it on the same plane as me. Instead, she’ll be joining me in Yangon tomorrow evening, about 30 hours later than originally planned. Alas, such is travel. All part of the adventure. 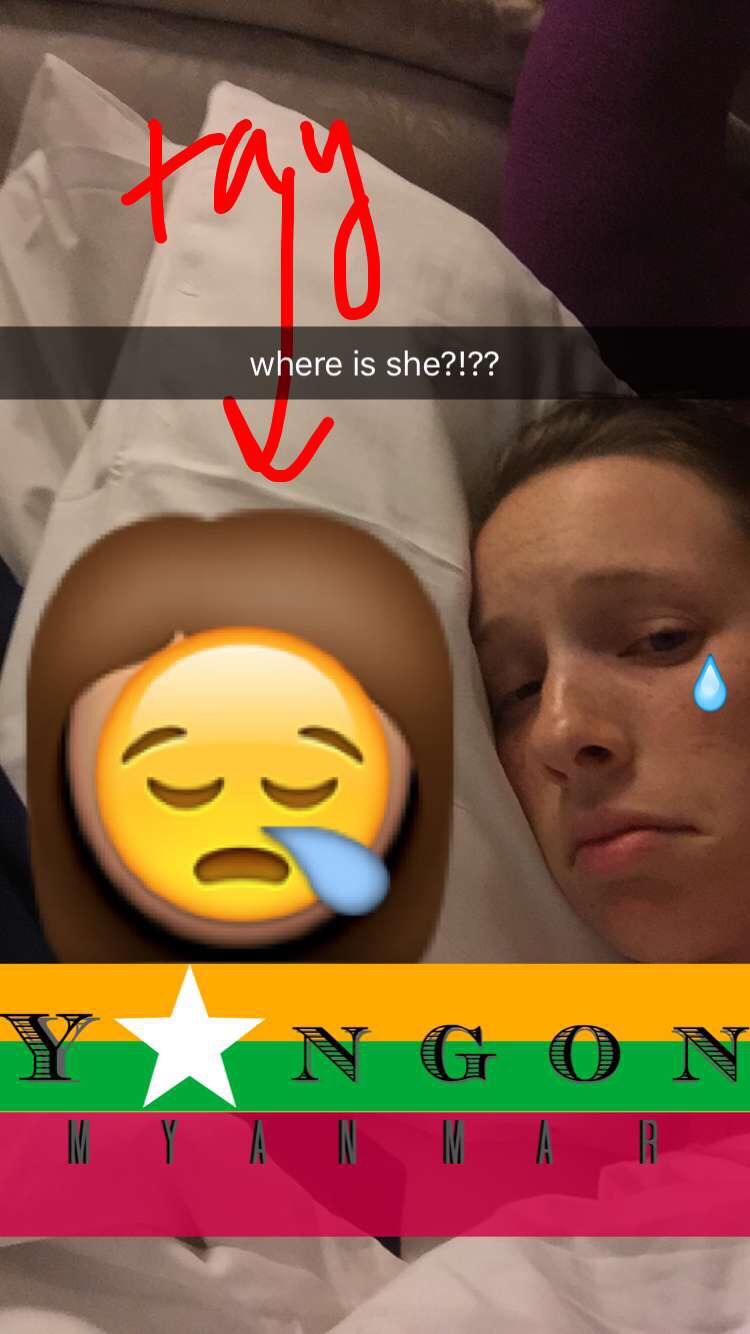 I flew alone and slept most of the plane, but when I woke up, the girl next to me started chatting so I kind of just followed her and her group off the plane and into immigration. The whole visa situation seemed sort of confusing and the customs/stamping line for foreigners was SO LONG so my new friend John decided we should just wing it and go in the “Seamen” line. The immigration people totally didn’t care even though I was really nervous for some reason. Then I ended up going in a taxi with the group to our respective hotels/hostels. They were really nice and I told them I’d meet up with them later for dinner.

Technically, Taylor and I are couchsurfing in Yangon, although the woman I’m surfing with runs and lives at a hotel, so we’re just getting put up in a hotel for a couple nights – which is really nice. The host, Zin, is super friendly and has a few international helpers in the hotel so I spent some time talking to one of her friends who are also “surfing” here. Then I wandered out and walked around this big lake in the middle of the city before heading off to dinner with my new friends.
I met up with the two boys from the plane at a place one of them picked, but it was closed so we waited for the girl, Che, to show up but she ended up bringing her ENTIRE hostel in tow. I sort of rolled my eyes in my head because I hate being that obnoxious group of foreigners. But we settled on a place on the street to have noodles and after talking to a few of the people (there were about 12 in total), I decided they were actually really cool. Except this one girl who was piss-drunk and thought it would be cool to pee behind a dumpster. At 7:30PM. I feel too old for this shit (jk I’m 24, sorry Shonna). We finished dinner and got some really bad ice cream cones from a drug store (…everyone else got beer) and went back to their hostel while I said goodnight to everyone and walked home.

It seems like there’s a good amount of stuff to do and see in Yangon, so much so that I wish we had another day here after Taylor arrives. Not to mention I’m not “allowed” to see anything cool without her here! Not really, but I’m waiting because I’m a nice friend. While walking around the lake earlier, these 3 Burmese teenage girls stopped me and asked for a photo so I just assumed they wanted one of the 3 of them together… turns out they wanted one WITH me. And I was so sweaty and gross (it was like 100 degrees out, no joke). It was hilarious. They kept giggling at me and I jokingly told them to stop and that I was so ugly from sweat, but they called me beautiful for some reason, so you can guess that made my day.

I’m excited to travel for a week with Tay in a place we both haven’t been yet. She is so comfortable in SE Asia now (or at least Vietnam), so it makes me feel more at ease knowing she’s around.

We had such a good time in her “home” of Can Tho, and our last night out there was truly epic. It started out with a goodbye party for Taylor, mostly with her students in attendance, and ended up at a Biergarten and jumping into a pool across the street. We really weren’t supposed to but it was so worth it. 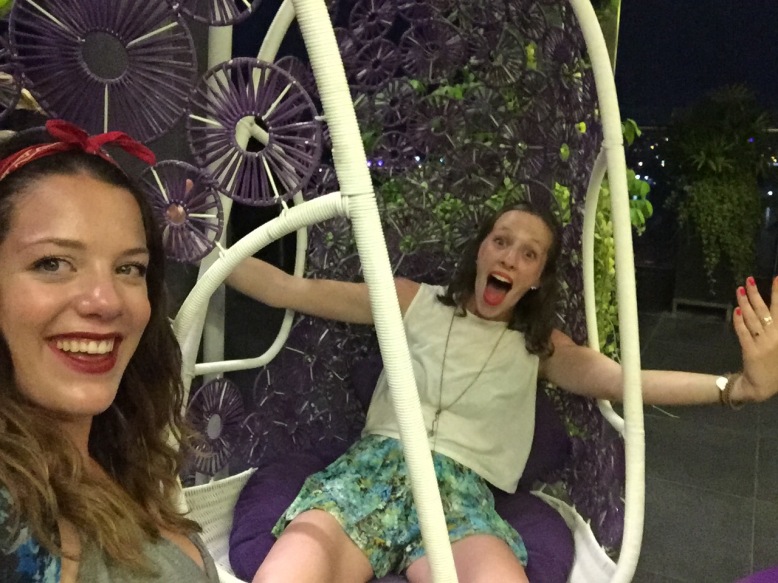 I’m excited to see what Burma is all about in the next week and hope to write again soon. More to come!